During a very casual conversation with one of my friends, I happened to fret about why it was so hard and yet
imperative to be married. She then went ahead and asked me a bunch of questions about the kind of guy I was inclined to
be with, how he should look and other girlish things. At some point in the conversation, she took it upon herself and
suggested she will look for men in her “caste pool”. I was slightly taken aback and asked her out of my curiosity why she
would assume I belonged to her caste. Her answer was a bit startling to me but nevertheless expected. We traced our
roots back to the same village in Tamilnadu.I spoke like one of her own and I don’t just mean lingo. Here I was sitting with
one of my close friends and somehow we broached the topic of casteism. I wanted to correct her so badly and yet I felt
there was no need to. If it’s an assumption how should I be responsible for it? She was trailing off listing the
eligible bachelors she knew, what they were doing, how much they were making, how the in-laws would be like and I was
still pondering about her statement about the caste pool. So I stopped her midway and said, “You know, I do not belong to
the same caste as yours”. Her reaction was of course priceless, open mouthed with a sense of shock and horror and then
she mouthed it, “Oh my god, what are you?”. Dalit I said.

What is it that makes us Dalits so ashamed and so tentative that we find the necessity to
hide? Why are we so troubled about being outed? What do we have to lose?

On the way back home from my friends’ I was caught up in some sort of mental quagmire. My mind was racing
thinking about all the times when I felt completely alone in a classroom with non-Dalits and then thought of the very few
peers I came across who were Dalit. I realized then I was never told by anyone howDalit I should be. How much of a Dalit
I can be? I grew up knowing about the varnas, I grew up knowing about brahmanism but what was I? It struck me how
little we (Dalits) know of our own selves. Either we are taught never to discuss caste or we are told to shut up and keep
going about life as is. I am one of those nouveau Dalits you come across. 3rd generation graduate. Lived a largely
protected life, never had the misfortune of undergoing mind scarring discrimination. A “new age” Dalit if you will. It was
then that I set off trying to understand this subculture that existed within Dalits. The ones who were Dalits on their
community certificates, but who would not rise up if they were asked in a show of hands. The ones who travelled far and
wide in search of education or work and determined sending money back home would actualize their social responsibility.
The ones who adopted and adapted the myriad hindu customs and practices no matter how illogical they seemed in a
desperate attempt to belong to the fabric of Hinduism.

So many Dalits are primarily in denial over our caste. Why must I tell the world what caste I belong to? What good
will come out of it? While it may not grant any immediate gratification, it goes a long way in acknowledging our birth. Sure,
there will be comments on how “not talking about castes” will make it all go away, but the reality says otherwise. How is it
that a person can suffix their caste name – Iyer, Iyengar, Nadar, Chettiar, Gounder et al. but when we speak of being Dalit
it automatically becomes a “crying wolf” episode? The minute we stop denying ourselves our rights as Dalit, we will stop
planning escape routes.

Who else feels sorry for being born into the caste that they are? Why must we?

Once we have crossed the escapism and denial part of being Dalit, arrogance plays a rather important role. I want to
go on record and say I am arrogant about my caste. I do not think for a second that I have to apologize to anyone for
being who I am. I dont intend to bend myself backwards for others to walk over me. When Thevars can proudly toot their
own horn and claim that their swords smell of blood, when Brahmins can claim themselves to be the purest of the pure,
can I not be proud of the fact that I have risen up from the ground?

Sometimes when we are on a soul searching trip inside our heads, our rage evolves into a much more mature, albeit
calmer pique. The episode with my friend opened some sort of pathway to a realization that I did not experience before.
There was some amount of joy in identifying as a Dalit, a kind of acceptance within myself that liberated me. I was
drawing comparisons in my own head about being like Hulk when he says “That’s my secret, Captain. I am always angry”.

It doesn’t imply that Dalits throw a facade, of being mellow but burning with rage. It only signifies “I am in control and
ready to face casteism.”

A sudden burst of eagerness accompanied this liberation and I wanted to do more. However well intended my
eagerness was, it unfortunately did not materialize into anything. There were days when I would have meaningful
conversations about casteism, how it affects people, what can I (we) do about it but that was the end. Much like the viral
meme of today, eagerness was fleeting.

The conversation with my friend was several years ago and yet to grow and contribute towards a movement bigger
than self took a long time. I have since married. I dealt with being Dalit like I would deal with death. Starting with denial all
the way to acceptance is a rather treacherous journey. However hard it may seem, I would still suggest everyone to go
through with it. This is for all those up and coming Dalits – accept yourself and be proud. And share the pride. In passing
conversations with fellow Dalits I let my pride shine through. It gives them hope. It enables them to be accepting of
themselves.

What we all want is for a place where humans are treated like humans. Not color coded or caste divided or gender
biased. For this utopia to be a reality, change must begin within. Next time someone asks about your caste talk about it.
Their discomfort is your first step towards real change. If they do not appreciate your company beyond that, you will have
made a sound judgement about the kind of posse you want in your circle. Anger does not lead upto any frutiful end but it
is definitely gives you the buoyancy you need to move on ahead. I have learned to use it for my benefit and that of others.
Today I talk about how I came to be Dalit. If this can encourage someone to be true to their own selves, then this article
has accomplished what it set out for. To be Dalit. 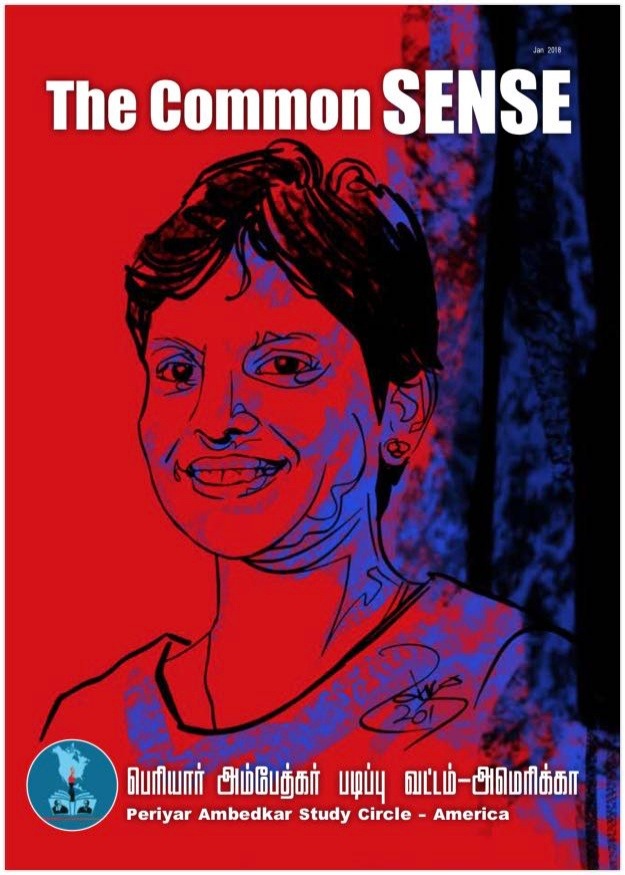